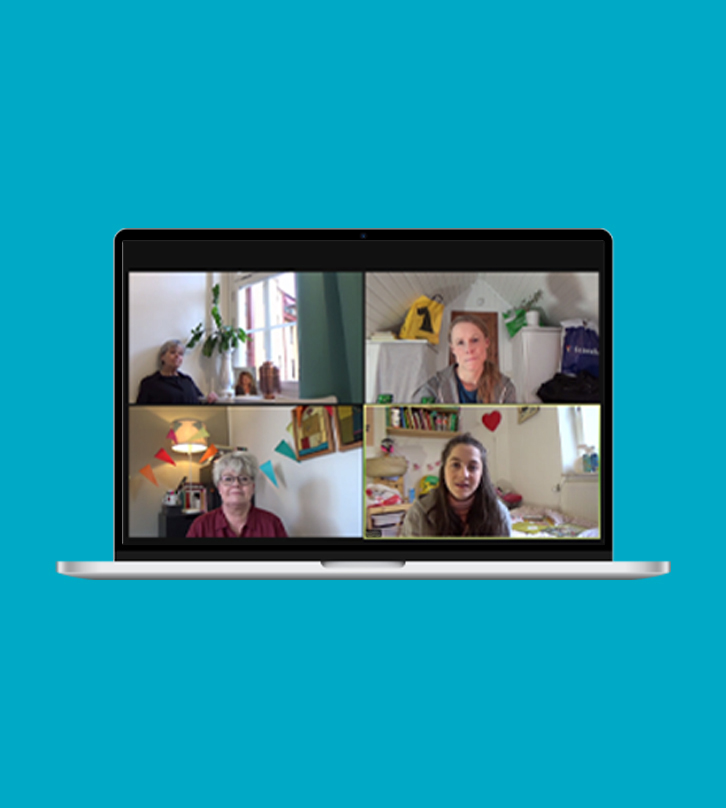 Audience: The dreamer trying to solve the burdens of day-to-day life

Experience: A tender relationship drama with a Helsingborg connection.

Watch the performance for free

Click on CC in the video and choose ”English” to turn on English subtitles.

The newly written play Trädgårdsgatan (Garden Street) is being presented to the audience in a new way. It has been rehearsed and recorded via the digital communication tool Zoom and the result is a relationship drama that can be viewed online, on your screen at home. As a member of the audience/viewer, you come very close to the actors’ expressions and interactions in a completely different way than on stage. It’s like peering into the homes of a handful of people trying to solve their familiar, everyday problems.

Up close, you get to watch three generations of women and their arduous efforts to deal with day-to-day life, with work, marriage and children in the 1970s, 2000s and 2020s. Almost 50 years separate them, but they are united in their longing for a simpler and better life.

At the centre of the story is Birgitta, who is made redundant when the Swedish Public Employment Service undergoes a reorganization. At the same time, she inherits her mother’s apartment on Trädgårdsgatan, an address that literally divides Helsingborg in two, a North and a South. The memories of her mother and grandmother are brought back to life.

Trädgårdsgatan is also a depiction of a divided Helsingborg and a Sweden in transition. We get to develop a new and deeper acquaintance with Birgitta Rydberg’s complicated character from the successful Lillan production Knutpunkten from 2019 and the women who shaped her life. This standalone sequel is a warm and heartfelt black comedy with a local energy that people will easily be able to relate to.

This production is part of the artistic research that is underway at the Malmö Theatre Academy, which together with the actors at Helsingborg City Theatre is investigating how new formats affect the actors’ methods and the digital performance.